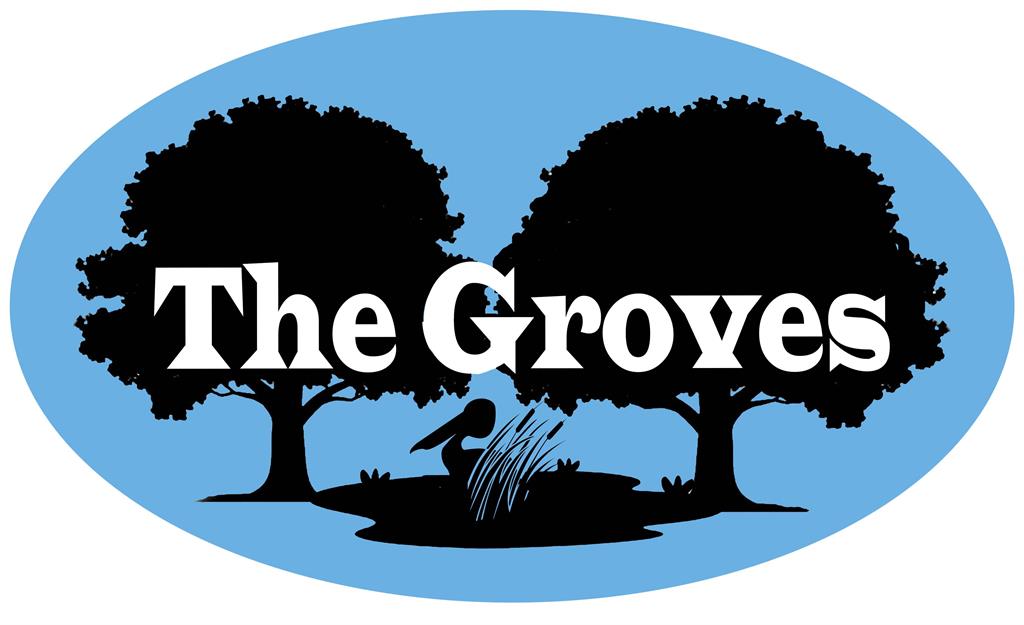 The Groves includes 8 outdoor lighted pickleball courts. Pickleball is fun for all ages, great for conditioning and is simple to learn. The Groves also includes 10 pieces of outdoor fitness equipment, a boardwalk for walking and running, pond, green space and a family fun game area which consists of 2 horseshoe courts, 2 bocce courts and 2 shuffleboard courts. Special thanks to Cycle Construction, the contractor on the project. also visitation and usage of the Park is extremely high. On a typical Saturday, the Park has over 12,000 visitations. The Park has over 1 million visitors a year.

Pelican Park offers open play pickleball at our 8 outside Pickleball Courts at The Groves! Participants are asked to bring their own equipment (paddles and balls) to open play.

Players are requested to observe pickleball court courtesies as well as rules of good conduct on and around courts.

Stories differ slightly on the origin of the name “pickleball,” but both stem from the family of one of the game creators. One version is that his wife started calling the game pickleball because the game’s combination of various existing sports reminded her of the pickle boat in crew, where oarsmen were chosen from other boats’ leftovers. The second version is that the game was named for that same family’s dog, Pickles.

Pickleball is a paddle sport that combines elements of tennis, table tennis and badminton. It can be played by two or four players, is for all ages and abilities, and is easy to learn. It can be played on indoor or outdoor badminton-sized courts and features a modified tennis net. The sport-specific ball is plastic with holes, resembling a wiffle ball, and the paddles are larger than table tennis paddles and smaller than tennis racquets. No special attire is required, though athletic shoes and comfortable clothing are recommended.

It is estimated that 2.8 million people in the U.S. play pickleball.

According to the USA Pickleball Association (USAPA), pickleball was invented in 1965 on Bainbridge Island, near Seattle, Wash. Three dads, whose kids were reportedly bored with their usual summer activities, are recognized with creating the game, which is now a popular sport in the United States and Canada, with growth in Europe and Asia now being seen, too.

*At the beginning of each new game only one partner on the serving team has the opportunity to serve before faulting, after which the service passes to the receiving team.

Any fair method can be used to determine which player or team has first choice of side, service, or receive. (Example: Write a 1 or 2 on the back of the score sheet.)

Click the video link below to learn more on how to play:

Pelican Park...making a difference in the lives of children and adults!